Taking another whack at this Zoomify/Leaflet thing after my post yesterday of London from the air in 1965.

I shot this panoramic back on June 24, 2013 from a window of the Delta Armouries in Downtown London.

I’ve had it up on Flickr for a while, but you can’t really see any of the detail in it because of the zoom limitations on that website. (In order for people to actually zoom in and see any detail, I would have to disable the setting that prevents people on the web from seeing the full-res versions of all my uploaded photos.)

Here, however, thanks to the magic of image tiling via Zoomify and Leaflet, you can zoom in and see all the detail, and I don’t have to worry about people having the full-res photo. (You may be thinking I’m going a bit over the top, but it’s not uncommon for people’s photos to be snatched off the web and made into prints, iPhone cases, calendars, or used on websites without permission and attribution.)

Anywhoo, below is a zoomable look at portions of London’s east end, and northeast. A bigger version can be found here.

Originally published in Maclean’s Magazine, May 28, 1955.

A MACLEAN’S FLASHBACK
By Stanley Fillmore

Almost Every Home In London, Ontario, Was Draped In Mourning When The Bodies Of a Hundred And Eighty-One Victoria Day Excursionists Formed The Final Link In An Incredible Chain Of Blundering Irresponsibility.

On a sparkling Tuesday in May 1881, while Queen Victoria was celebrating her sixty- second birthday in London, England, a steamboat, also named VICTORIA, was cruising
on the Thames River near London, Ontario, crowded with more than six hundred exuberant excursionists. Suddenly, something happened.

From his seat in a racing skiff less than a hundred yards off the VICTORIA’s starboard bow, Harry Nicholls watched the boat wallow toward London. He saw her rock ponderously from side to side responding to the motion of the upper-deck passengers who were running from rail to rail. The unusual swaying did not startle Nicholls who was aware of the VICTORIA’s shallow draft, but as he watched he saw the rocking increase until inches of water were shipped at each swing. Suddenly, with a roar of hissing steam, the boat’s huge boiler broke loose from its mounting and crashed through the bulwarks. Water poured through the opening and Nicholls was enwrapped in a cloud of live steam. With a slow, almost deliberate, movement the VICTORIA settled on her side. From both decks passengers were catapulted into the river. Nicholls heard the muffled screams of those trapped between decks. His slim shell was almost swamped in the wake as the VICTORIA went down.

At least a hundred and eighty-one persons drowned on the May 24 excursion; of these, a hundred and ten were children. It was the blackest day in London’s history, the result of an almost incredible series of blunders that could easily have been averted.

By nightfall the flags that bedecked London homes and businesses to mark the Queen’s birthday were lowered to half-mast. For eight days afterward, the dead who had been hooked from the river were carried to their graves. Funeral directors started work before dawn and were still conducting services long after dark. The supply of coffins in London was exhausted the first day and one infant was buried in an adult casket.

All London’s nineteen thousand residents lost relatives or friends. One family, the Fryers, lost five members. By official decree a black armband became a Londoner’s badge of mourning for a thirty-day period. Business firms and schools closed for two days. Most homes in the city were draped in mourning. One milliner advertised in the London Advertiser: “Family mournings at A. B. Powell and Co. who are showing a large range of crapes and mourning-dress material. Our prices are low. Millinery orders executed at the shortest possible notice. Also dressmaking orders.” Draymen charged double their usual funeral rates.

END_OF_DOCUMENT_TOKEN_TO_BE_REPLACED 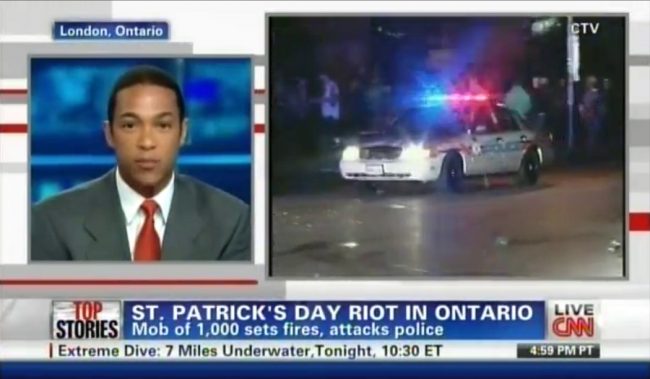